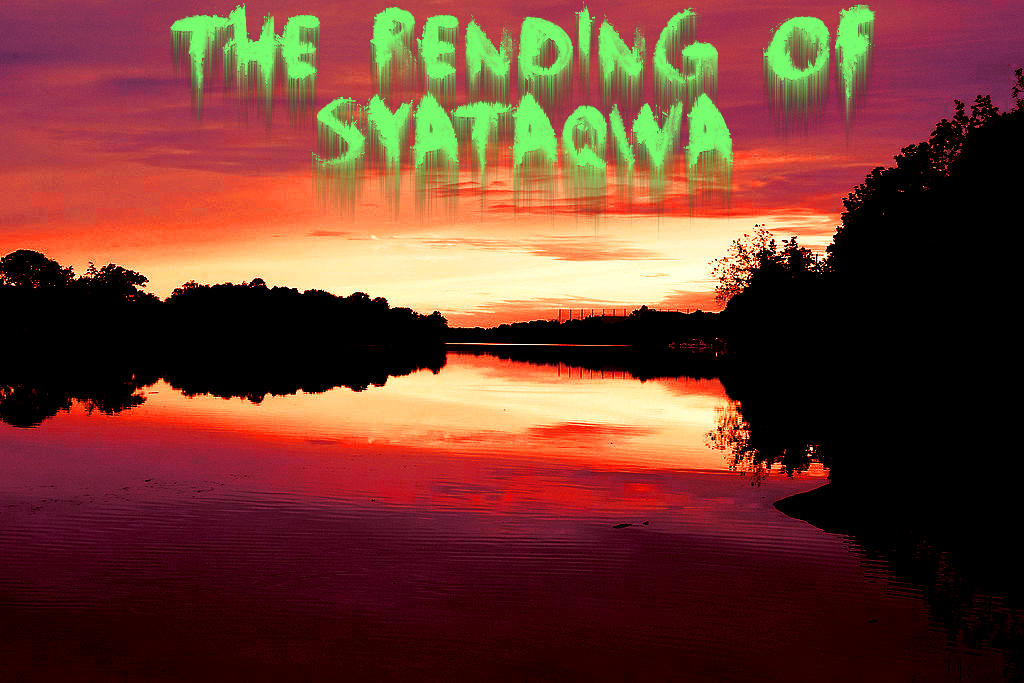 The Rending of Syataqwa is a mod for Doom 2 using various features of the GZDoom advanced source port, including portals for non-Euclidean geometry, dynamic lights, and scripted sequences using ACS (Action Code Script, a C-like language developed for Hexen).

As this mod is a solo effort, I have so far designed the level layouts and monster encounters, done all the ACS scripting (with some help from the ZDoom wiki), and created numerous custom textures and graphics either from scratch, by photosourcing, or by recoloring existing Doom textures.  This mod also uses various sound and graphics resources from Freesound.org and Realm667.  See the .txt file included with the mod for the full list of credits.  The story is an original work based in the Cthulhu mythos of H.P. Lovecraft.  The mod is one original map, but map #2 is under development and takes place in a re-imagining of the town of Dunwich depicted in Lovecraft’s “The Dunwich Horror”.  Vertigo on Youtube played an earlier version of the first map below.

Here are some development screenshots: