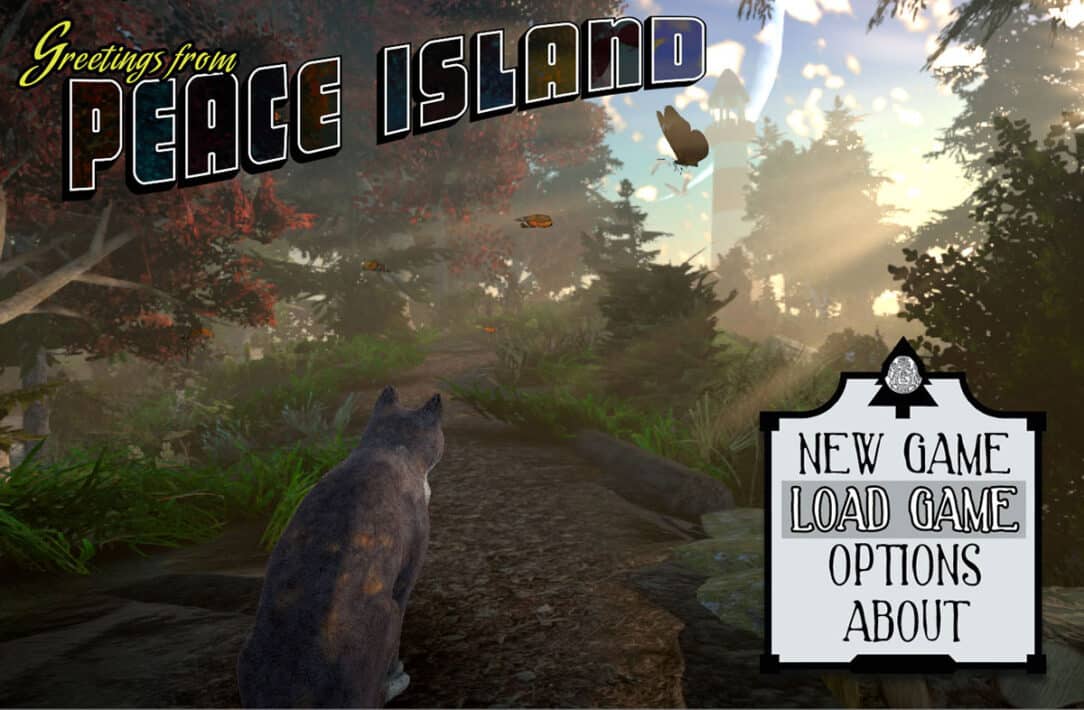 Peace Island is an open-world, story-driven adventure game, currently under development for the PC, Mac, and Oculus VR system.

A mix of science fiction, alternative history, and mystery – the game’s story unfolds from the perspective of the nine cats who call the island home, when they wake up to find their human companions gone. The player will have the opportunity to experience multiple divergent storylines, as they approach the ultimate decision: “Are the humans worth bringing back?”

My work on Peace Island falls into three categories:

I joined the Peace Island development team in September 2019, originally to add an aimed jump mechanic to the cat’s character controller. I later did some preliminary work on scratching and eating before the needs of the project shifted and I began make environment art for the game. All of these mechanics were implemented as custom motions using the Ootii character framework, with some custom event-driven code using the popular CSharpMessengerExtended script.

Practically all art assets in Peace Island were purchased from the Unity Asset Store by our lead developer, Eric Blumrich, before other staff members became involved in the project. While this had significant advantages in rapidly developing an early prototype of the game, in many cases these assets either did not have the appropriate look for a game based on a fictionalized Peaks Island, Maine, or they did not follow industry standards that would facilitate the further development of the finished product. While I had limited 3D art experience in past projects, I greatly improved my skills in modeling and texturing throughout 2020 and wrote a series of blog posts to document my progress.

UV unwrap of a bench that needed retexturing.

This gazebo had a single 2K diffuse-only texture before I gave it a complete overhaul with modern PBR materials.

Toilets and sign for a “toilet garden” featured in the game.

As we approached an important deadline in December 2020, the needs of the project shifted again, and I took on a more level design focused role. Building on the skills I developed with The Rending of Syataqwa and Qays Al-Mulawwah in Glitchy Madness, I whiteboxed the interior of the starting area in collaboration our lead designer.

After creating the whitebox, I selected the assets for the interior and assembled the modular kit for the walls, floor, and ceiling.